Hey guys, I was riding around Dalaran where i saw some nice players with nice setups, and i decided to check this guild out. I have looked at the Guild, and in my opinion it is pretty darn' impressive. I spoke to Vaccine, he/she said i should apply, so here it is.

A link to your character on Armory:

If you have any other relevant gear, please describe it: Im specced in Damage Reduction, Mana management, and im mainly focused on Main Tank healing.

How long have you played WOW?
I have played WoW since i was 11 back in Vanilla where i played a Fury Warrior.

Do you have any other characters (server/name/class)? 2 Alts, None other than my Paladin are level 80, however some are close.

What is your raiding experience? I have completed 7/12 ICC10 and 7/12 in ICC25 (incl HC Gunship in both raids). I know tactics upto 11/12 and some guild's i've heard variate around their tactics on the Lich King fight, so i can learn the basic fight off tankspot if it is needed.

Your guild history. Previous guilds and why did you leave them?

Elite - Elite were my guild since the start of WOTLK, mainly because of my Sibling, Biggss, who was the Deputy GM. This guild were in need of a Holy Paladin, so i specced Holy and started raiding ToC10 and Ulduar 10 and some HM's. Main reason for leaving was because of the inactivity, people not showing up for raid times, having to pug people, not being able to get the people, and after the raid had finished, there was no continuation planned.

Inglorious Dynasty - Joined and left these recently, after Loots were being stolen by the raid leader, scams on DKP, and he was also taking Primordials from each boss to pay Sinisters to boost the guild in ICC10 to down Lich King. He then dropped the 2nd group that i was in because he wanted some of the members from the 2nd group to join the progression group which was the one that was being boosted by Sinisters (two tanks). So they were my main reasons for leaving.

Do you have a working microphone? I do indeed.

During what times can you raid? And how often? (We raid Thuesday, Thursday and Sunday 19:30-23.00 CET) I'm available anytime, available all over Summer as my girlfriend is away this holiday, so won't be seeing much of her, and like the normal bad weather in England, probably won't be going out much either :p.

Do you know any players already in the guild? Who? I have spoken to 1 warlock, i can't remember his name (sorry mate!) but he, and Vaccine were the ones who redirected me to the website.

Tell us about yourself
I'm a generally happy chap, get on with pretty much everyone. I love to talk about sports, i can take a joke, and enjoy having a bit of banter.

Thanks guys, Cu In game

mitch wrote:
Age: 15.
What is your raiding experience? I have completed 7/12 ICC10 and 7/12 in ICC25 (incl HC Gunship in both raids). I know tactics upto 11/12 and some guild's i've heard variate around their tactics on the Lich King fight, so i can learn the basic fight off tankspot if it is needed.[/b]

Hate you burst your bubble, but you old have 6/12 accordning to your achievement, and also the fact that you have done HC gunship in both raids is also not true, you have only done it in 25 man.
Other than that, your age is lower than the core of our guild (not including my self) if this is an issue or not is up to the officers to decide, Best of luck

Hey mitch and thanks for your application,

Sorry but I'm gonna have to decline you. First off all we dont really need more healers since as we have 5 atm and 1 with healing offspec. Seems to be just the perfect number atm

Also, some good detectivework from xianda there, its never a good idea to 'cheat' in an application (even with smaller details) as long as Armory exists

Best of luck in your search for a guild! 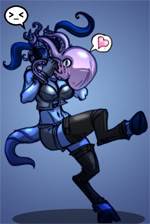